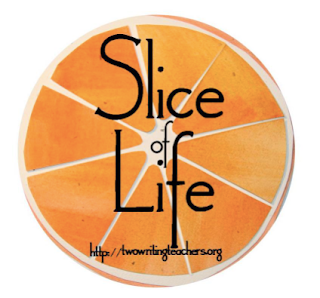 Today was just another ordinary Tuesday.

Except for one thing.

My son's car, which actually belongs(ed?) to me, was stolen.

It really did start out to be just another ordinaryTuesday.

I was teaching my third and final class of the morning.

I don't know anyone in Joliet, Illinois,

and I was teaching,

so I didn't answer it.

At lunch time, I listened to my messages.

The call from Joliet was actually from my son.

Who had borrowed a phone from my neighbor because his phone

(which was later found in an alley)

was in the car that was stolen.

My son said a terrible thing had happened.

He had gone to a store (ok, Smoker Friendly),

but he left that part out when he told me the story,

and a terrible thing had happened.

He went in, just for a few minutes,

and left the car running

(because the battery in the fob was low)

and when he came back,

he swears, not more than five minutes

or an eternity later,

the car was gone.

And it's still gone.

There's one another slight problem.

I bought the car for my son, six or seven years ago,

when he was going to college.

My name has always been on the title, along with his.

Last summer, I decided I didn't want my name on his car anymore,

because I was sick of paying his parking tickers

I tried to give the car to him.

It's a ten-year-old Toyota Highlander,

He wanted something fancier.

And he turned down my offer,

but has continued to drive the car.

Earlier this fall, I told him I wasn't going to insure the car anymore.

His brother helped him find a different company,

and I thought he was paying for his insurance.

So now the car is missing,

and it's not insured.

My son doesn't have a job.

Has never worked for more than six weeks.

Dreams of being independently wealthy,

But doesn't want to work for anyone.

He thinks I should set him up in business.

I have actually been very close to evicting him

because I am tired of enabling him  to do nothing.

And now he doesn't even have a way to leave.

Today was just another ordinary Tuesday.

Oh, Carol, my heart goes out to you. I'm so sorry.

Carol,
The unsaid is powerful in this writing. This is full of love and sometimes the most loving thing to do is to let go...on an ordinary Tuesday that may be the turning point of things.
xo,
ruth