SLICE #11- SNOWSTORMS I HAVE KNOWN 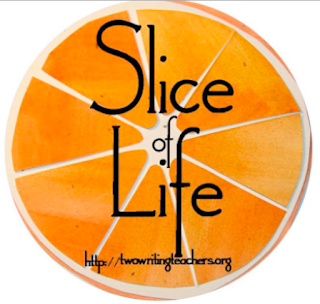 They are predicting snow in Denver this weekend.

Lots of snow. Somewhere between six inches and two feet.

I'm a skeptic and suspect it will be closer to six inches, but who knows?

I went to the grocery store tonight, just in case.

There was no bread, no hamburger or hot dog buns, no ground beef or chicken, and no potatoes, onions, or bananas.

And it must be a slow news week, because about 75% of the articles are storm related.

Including one today about the most famous snowstorms in Colorado history.

I remember several of those.

December 1982- 24 inches-- I had just graduated from college and was teaching in Denver. My sister was newly engaged. Her fiancee lived in an apartment complex about ten minutes away from our house. His family lived in California, and he was planning to spend the holidays with us. My sister was hysterical that he wasn't going to be able to get there.  My dad set out, got stuck, got a friend with a pickup to pull him out, and made it back to our house, with Paul three hours later. They are still married 37 years later, so I guess it all worked out ok.

March 2003- 31.8 inches- This blizzard started on a Tuesday, the week before our Spring Break. I was scheduled to fly out that Friday afternoon, to spend a week in the Grand Cayman Islands with my mom and sisters. They were all actually there. School was closed Wednesday, Thursday, and Friday. My neighbor, Todd, worked for a landscaping company and spent the week plowing. Joanie was just pregnant with their first child and wasn't feeling that great. I spent the week shoveling their snow and mine. On Thursday, the roof of a house in the next block caved in under the weight of the snow. On Friday, I dug my car out of a three foot drift, drove to the airport, climbed over sleeping bodies, many of whom had been there since Monday night, and jumped on a plane to the Grand Caymans, where I spent a glorious week snorkeling and sunning on the beach. By the time I came back, the snow had melted.

December 2006- 20.7 inches- This storm started in the middle of the morning, one of the first days of our Christmas vacation. It was a really windy, noisy storm. Isaiah's best friend, Justin, was alone in his house, his mom was at work, and Isaiah asked if we could go get him. I said sure, thinking that his mom would pick him up on her way home that night. She got stranded on the other side of town, and Justin ended up staying with us for four days. It was a wild and crazy week, with four middle school boys. By the time Justin's mom finally got there, the boys were jumping over the second floor balcony onto a pile of couch cushions below.

And so, supposedly we are having a big storm this weekend.

I'm planning on finishing Kristen Hannah's new book, and reading a pile of essays, and grading papers, and maybe doing a little cooking.

Oh, I hope you don't get a snow storm, because whatever weather you have may eventually make it to the East Coast. It was 70 degrees today, now 65 at 10 p.m. in New York City. I hope your snow is as minimal as possible.

That is a HUGE range for snow totals. Wow!

I hope you get on the lower end of it. After all, it's almost spring. :)

I saw a friend's FB post predicting 33" in Chadron, Nebraska, where I used to work. WOW!