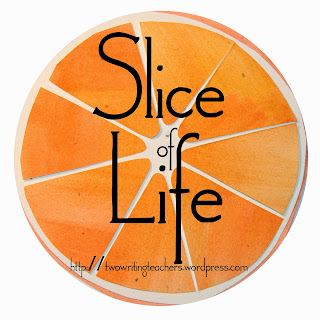 I probably shouldn't admit it, but I am considering spending $100 (ok, actually $99.99) in a really stupid way. I want to do a DNA test on Galaxy, our latest rescue puppy.

I think it's really stupid.

Galaxy is the latest in a long string of rescue dogs. There was Ramsey- supposedly golden retriever and chow. He looked like a golden retriever, he had a purple tongue like a chow, and I just accepted that that's what he was. Yeah, there was the thing that he was quite a bit bigger than most golden retrievers, tipping the scales at right around 100 pounds, but Golden/Chow was close enough.

And then there was Maggie, clearly a purebred yellow lab, that just kind of found me, one day after I had done a presentation at a school.

And Jack. The Dumb Friends League told us he was mixed Lab and Rottweiler, and that was fine.

I bought Star out of the back of a pickup truck at King Soopers. The guy who sold her raised, I think, English Setters, but had a Labrador Retriever that he used for hunting. One day, while the mama dog was in heat, she connected with the hunting dog, and the rest, as they say, is history. Star definitely saw herself as more setter than lab, she was high energy, and smart, and just a little aloof. She loved us, but she made it clear that we were there to do her bidding.

And now there is Galaxy. I found Galaxy on Craig's List in November, shortly after Star died. I really wasn't planning on getting a dog until next summer, but was just kind of poking around one day during Thanksgiving break. Galaxy, and his brother and sister, were posted by a local rescue. They had been found on the street in Houston. They believed Galaxy was about 12 weeks old, and that he was part Collie, part German Shepherd.

And for whatever reason, I really couldn't say why, I want to know if those breeds are accurate.

Galaxy, a little like Star, is fiercely independent. He loves us, ok, mostly me, but he's more than happy to hang out in the backyard by himself, for hours on end. He loves, loves, loves cold weather, and will play in the snow forever. Sometimes, at night, he goes out the dog door and sleeps outside, on the bed where Star loved to lay in the sun in her old age. And he loves to run. This week, while I was unloading groceries, he got out the front door and hightailed it down the street. I thought for sure he was going to get hit by a car before I corralled him.

I wonder if maybe Galaxy is part husky.  Or maybe Basenji or some other long haired, outside kind of dog.

I think it would be really stupid. It really doesn't matter what breed Galaxy actually is. If I was going to spend $99.99, I should spend it on something worthwhile. Perhaps donate to the Rescue Mission to help care for the homeless in the impeding blizzard. Or even to CAPR, the organization that owns Rooney, the service dog I am training. Or I could use it to do some repairs on my one-hundred-year old house.

I am with you. I am dying to know what breeds are in our "lab mix" rescue. It won't change how we treat her or how we look at her. I will just have a real answer when people ask what kind of dog she is. And I just really want to know, too.

I say do it!! Count it as a coming birthday gift or a "well done" gift or as something you have earned that you didn't plan on rewarding yourself for. And then write again and tell us what Galaxy is. This was fun to read.

I enjoyed reading your history of dogs.

When I think about spending money on "silly" purchases, I think about ways I've spent less money in multiple silly ways then add it up to the larger purchase amount. If I'm okay spending $20 on 5 cross stitch kits (still sitting in my cabinet untouched a year later), I should be okay spending $99 on something as equally as useless. Disclaimer: Not one financial professional would agree with my spending rationalization. ;-)

I loved reading about Galaxy. I understand your desire to know more about this special dog, and I can think of many things people waste money on that seem far more crazy to me than learning about your dog. I do wonder, however, if you factored in sales tax in the cost.

I want to do this too! I’ve thought about doing it for one of my dogs, It’s especially tempting when you want to understand their behaviour and not just their looks. If you do it I really hope you write about it again!

I understand the appeal. There's something so interesting about linking our pet's behavior with the traits of their breed. I really enjoyed meeting your dogs in this way!