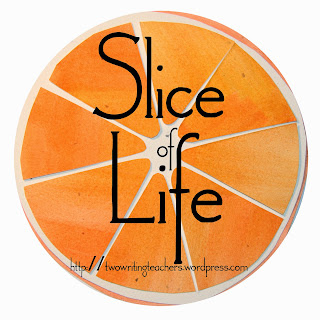 Today has been a hard day.

Today is a day of goodbye and hello.

Today is the day the Ruedi, the service dog, that I puppy sit about once a month, is going to live with his forever partner. E is a 20-something woman who was injured four years ago in a diving accident. She is in a wheelchair, but has the use of her arms, at least somewhat. Ruedi is the sweetest dog in the world, and he will do well for her. I will miss his monthly visits, but am glad that he's going to do so much good in the world.

It's a harder day for my friend Debbie. Debbie has raised her service dog, Shadow, since he was eight weeks old. He is now three and a half. He is actually a little older than most service dogs, when they go to their permanent partners, but a failed match last summer (not Shadow's fault) led to him being returned to Debbie's care. Shadow is also being matched today with his forever partner, a woman who was also injured in a diving accident. She is a disability rights activist and is looking forward to the freedom and companionship that a service dog will provide.

I texted her last night to see if she was ok. She said that she was as ok as possible, but that it was going to be really hard to say goodbye. We arranged to drop the dogs off at 10:30, then go have breakfast or coffee or something, just so she wouldn't have to go back to her empty house without her dog.

This morning, I arrived a few minutes before Debbie did. Despite the fact that Ruedi is not "my" dog, I had a huge lump in my throat. I scratched his booty (his favorite place) and said goodbye, knowing that I probably won't see him very often, and he will probably never stay at my house again.

And then we went out to breakfast, and looked at pictures of Shadow as a puppy, the day Debbie picked him up at the airport. And talked about the pros and cons of being a service dog mom. And about how hard the goodbye has been. Debbie doesn't think she will raise a puppy again for awhile. I've been planning and working toward getting a puppy within the next six months.

Going through this experience today, though, helped me understand, at a much deeper level, how very hard the goodbye will be. I still want to raise a puppy, but today has been a very hard day.

So hard to say goodbye to a faithful companion. Knowing the good he/she will do must help, but it's still hard. This experience today makes it easier for you to see down the road. I'll look forward to your puppy pics.

The fact that you loved those dogs so much speaks volumes. I'm so proud of you for loving and growing and loving and letting go! So brave!

I can't imagine. One of my students years ago had a service dog and it meant the world to her. I know your pup will do a world of good.

Hugs, Carol. What an important job you have done working with Reudi. May you remember all the fun times!

I have always thought this would be very rewarding but very difficult work: saying goodbye to a service dog. I loved the photo!