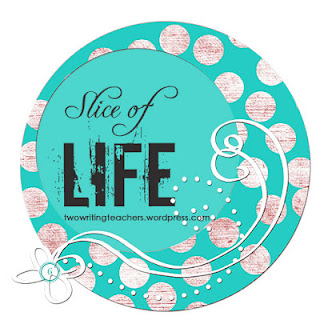 My phone vibrates as I am passing out snacks at the after school program.
I look down. 623. Arizona.  I immediately launch into worried mother mode. What could it be? An accident? A missed physical therapy appointment? A bounced check?

I finish passing out snack, then call the number back.

It is the leasing office at my son's apartment. Sol, the woman who answers the phone, informs me that there has been a fight. 911 was called.Four people were involved.  Two of them went up the stairs to my son's apartment after the fight. "I've contacted our lawyers. We may need to evict your son this afternoon."

I try to gather my thoughts. "So you are saying my son was involved in a fight?" I ask. I am absolutely floored. In the ten years since I adopted him, I can remember only one fight. In middle school. Someone was teasing a little special needs guy. My son jumped in to defend him. And got suspended. The dean told me that I should take my son home and tell him how proud I was that he had demonstrated such courage.

"He was wearing grey sweats with GCC down the side," Sol says. "I recognize the sweats."

"OK," I say. "Let me get hold of my son." I picture him in his apartment bleeding. I wonder if he will answer his phone.

He does. On the second ring.

"I just got a call from the apartments. They said there was a fight and the police were called. Are you ok?"

"What are you wearing today?"

"My black Jordan shorts. Why?"

"Did you have on grey sweats?"

"No." He is starting to get impatient.

"I'm not telling you," he says. "It's college stuff. You wouldn't understand."

I'm not sure what my next step should be. I definitely have not read this page in the parenting book.

"Zay, you are about to get kicked out of your apartment because they think you were in a fight. If that didn't happen, you need to get yourself over to the leasing office and talk to them."

I hang up and call the Sol, the woman at the leasing office. "Zay is on his way over to talk to you. He says he wasn't in a fight."

Sol is not convinced. She tells me the police are pulling up, then a minute later, that my son is walking in. She will call me back, she says, as soon as she knows something.

An hour goes by. I get more and more nervous. I try to call my son several times, but no one answers. I text. Again no answer. Finally I call Sol again.

"It's ok," she tells me. "Your son wasn't in a fight. It was two other kids from the football team. Evidently one of them had come to see your son, but then he saw another kid from the team. He and the other kid had some issue going on. There was a girl involved. And then they fought. But your son was not involved. They didn't do anything. He wasn't the one in the gray sweats."

She goes on to tell me that the lawyer has told her she needs to call the football coach.

I am relieved. But only kind of. I try to call my son again.

"What do you want?" he snarls.

"I just talked to the landlord. She said it wasn't you. I still want to know, from you, what went on."

"Clearly it was, Zay, if the police were called."

"Zay, she is going to call the coaches. I think you should call them first and explain the situation."

He tells me he will. And hangs up. Later, I call him back. He says he has talked to the coaches and everything is fine.

But somehow, my mother gut is telling me something is not right. There is more to the story than I am hearing.

I want to see my son. Talk to him. Watch his facial expressions.

I hate parenting from afar.
Posted by Carol at 9:09 PM

I always thought that parenting would be so much easier as my children got older. Now that I have one fresh out of high school in his first year of college, I have completely changed my mind. My heart goes out to you tonight, I know that gut feeling -- now that I rarely see my oldest boys I often "just know" when there is something more I need to know. Thank you for sharing this Slice today. Although your day was filled with fretting, it gave me some comfort to know I'm not alone in my own worries. So here's a hug from afar, mom to mom. :)

Oh Carol, your heart just does a flip-flop, doesn't it? I spent so much time on the phone with my daughter (in Boston) because she ended up with a crazy roommate who 'did' things. Finally we got it solved, many, many calls and weeks later. I am sorry for this day of yours. Parenting is not for the faint hearted at any age. Hugs!

My heart dropped with yours when you saw the area code. Distance is not a friend when you have an independent "I will do this without you" minded son.
You have so much courage and heart, I hate that you have to fight these battles. I think you have just written chapter 978. :-)

I'm not there yet, but already I'm finding that parenting is getting harder as my high school freshman wants more independence.

I so agree with Kelly, you think parenting will be easier the older they get but not always the case. I felt your uneasiness. Hang in there.

Yeah, where is that parenting book?!? This has to be so difficult for you, especially knowing your son can make good decisions, but all kids can sometimes make poor choices as well. You want to believe and trust in them. Continue believing in Zay. He will do the right thing. Hugs as well!