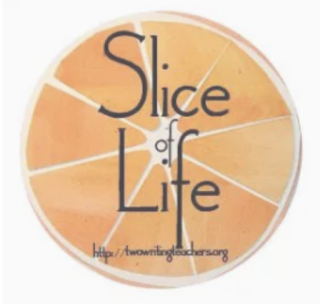 It's funny how a kid you have known all year can all of a sudden be on your radar. This week, E is that kid for me. I have been keeping kind of a mental list of observations. Some things I have noticed:

1) E is one of the youngest kids in my class. He turned 11 in September. He's also one of the biggest kids. He is already man-sized.

2) E has worn glasses for several years. But for about the last month, neither he nor his brother have been wearing them. I've asked several times, but haven't gotten very satisfying answers.

3) E has steel-toed boots. The real deal, $200+ kind that my sons wear when they are working warehouse or construction type jobs. E has told me, more than once, that he works construction with his dad on weekends.

5) Yesterday, E came in with one of those giant, million-calorie Starbucks drinks. The kind that cost eight or nine dollars. That's not common, at all, for my kids, and I was surprised to see it.  I asked him where mine was. It seems that he won some contest in fifth grade and the teacher finally paid up. "You have to get Mr. M to bring you one," he said.

6) E usually has friends, including a best friend, but the last couple of weeks he has been kind of withdrawn. When the kids choose their own partners, he seems to be pulling back and choosing to work alone.

7) E knows quite a bit about technology. Yesterday, I somehow lost my computer charger. I was a little panicky, because very few people at my school have the same computer charger. E overheard me saying something about it. He came up and picked up my computer. "That's just a USBC port," he said. "I think my chromebook charger will work." I can't imagine that he could possibly be right, because Apple seems to never have anything that works with anything else, including its own products. E goes to his desk, unzips his backpack, and comes back with his computer charger. I'm not hopeful, but surprisingly, it works. "What kind of port was it? I ask. He tells me again and I know I will never remember this alphabet soup conglomeration. I ask him to write it down. He shrugs, but a few minutes later, he comes back with a little piece of paper, with USBC written on it, which I shove into my pocket and take to the computer store.

8) He has never seemed especially interested in Rooney, but all of a sudden, today, he was. This morning, I saw him out front. I asked if he would take Rooney upstairs while I did something else, and all of a sudden he was hooked. He walked him down to the lunchroom, then went back upstairs and got him. He sat with him in our student of the week assembly. He took him inside for a drink of water. He took him out and walked him around the playground. Again, alone.

E has been at our school since he was a little guy. I'm not sure why he is on my radar all of a sudden, but he definitely is.

You have the wisest heart, Carol❤️

You are my favorite kidwatcher! Such incredible noticings and wonderings.