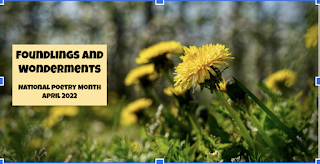 I live about ten minutes east of downtown Denver. And it's a beautiful city, I think, but it also has its own underbelly of hard and ugly. Homelessness is definitely a part of that.

Every morning, rather than deal with the interstate, I cross through the city. I drive past the Denver Rescue Mission and Catholic Services, where many of our homeless go to eat and shower and sleep. Many of the homeless people also camp/live in that area. The city periodically moves in and cleans out the homeless encampments. I think they give people 24 hours notice (maybe 48) and then they simply throw everything into the back of garbage trucks.

Coors Field, where the Rockies play, is about two blocks west of the Denver Rescue Mission. I guess city officials didn't want that side of our city showing in public, and they knew  thousands of people would be walking around that area, so yesterday, about 6:30 a.m., when I was driving to work, the garbage trucks were blocking the streets, and city workers were tossing people's lives into the back of trucks, while the people who lived there, some in coats, but others wrapped in blankets, milled around.

And all day, as excited as I was about the beginning of baseball season, I couldn't stop thinking about those people, watching their lives tossed into the back of garbage trucks.

Temperatures in the low 70’s

And crowds will arrive.

“Anything helps” litter the sidewalk.

City trucks pull up to the curb.

I wish it weren't so. Seeing people on every corner in need & I am sad there are so many in our city, and from what I read, in most every city. Your poem shows the irony of cities with the not-so-hidden problems we can't seem to solve. Thanks, Carol

Oof. That's harsh. Thank you for witnessing and speaking out.