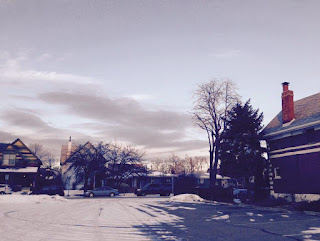 This morning, I read Steve and Kevin's poems on Twitter. It occurred to me that I really have not seen many nearly as many living creatures- birds, squirrels, or people- this week. We haven't had much snow, but it's been super cold, with the high being around 20 most days. That's where this poem came from.