Some of the teachers I work with are in the middle of a unit on the Holocaust and we met during Christmas break to plan. Since then, I've read a big stack of Holocaust-related books. They aren't all new ones and it's not intended to be a definitive list, just what a few I want to remember. I wouldn't use any of them much below fourth or fifth grade. Conversely, I could definitely see myself using any of them as read alouds in a high school history class. 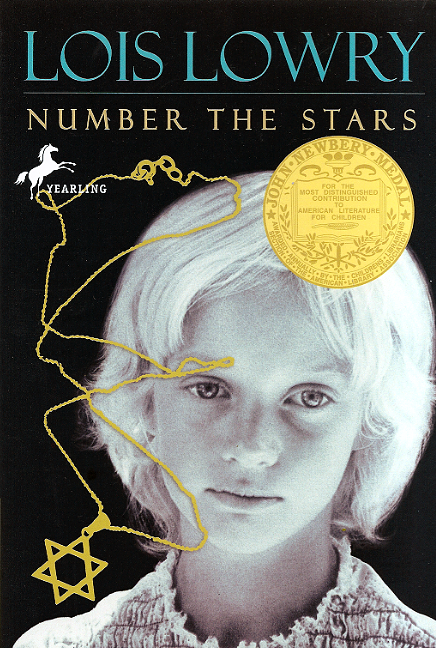 NUMBER THE STARS was at the top of the pile. I read this Newbery winner years ago, but wanted to reread it so that I could talk more deeply with kids. I love historical fiction and I  books that teach kids about how to live their lives bravely and with integrity.

FIREFLIES IN THE DARK- This tells about a woman who was an art therapist, relocated to the Terezin Concentration Camp in Czechoslovakia. She was determined that children there would have art and took all of her supplies. The book is filled with pictures of kids’ art. Sadly, almost all of the children were killed in 1944. Another book where you could talk about theme of bravery or making your world better. 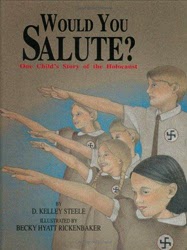 WOULD YOU SALUTE? A young girl, growing up in Germany during WWII, whose mom is Christian, father is Polish, dad ultimately kills self to save family. This would be a good one to talk about peer pressure, also as a mentor text for writing opinion pieces. 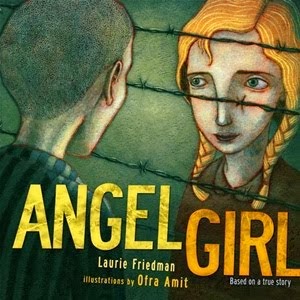 ANGEL GIRL- True story of an eleven-year-old boy separated from his mother, sent to concentration camps. Every day, a girl comes to the fence and throws an apple over the fence to feed him. After the war, and after he becomes an adult, he goes on a blind date. It turns out that the woman he meets is actually the girl that kept him alive by throwing the apples. They have now been married for 50 years. Another good one to use to talk about the theme of bravery, or doing the right thing. 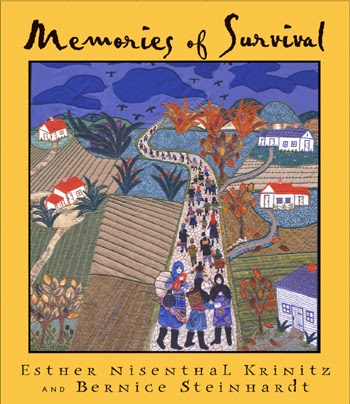 MEMORIES OF SURVIVAL – Another art related book. A Polish woman whose family was killed in the concentration camps. She somehow survived and then went on to make a series of 36 needlework pictures, which capture her history. 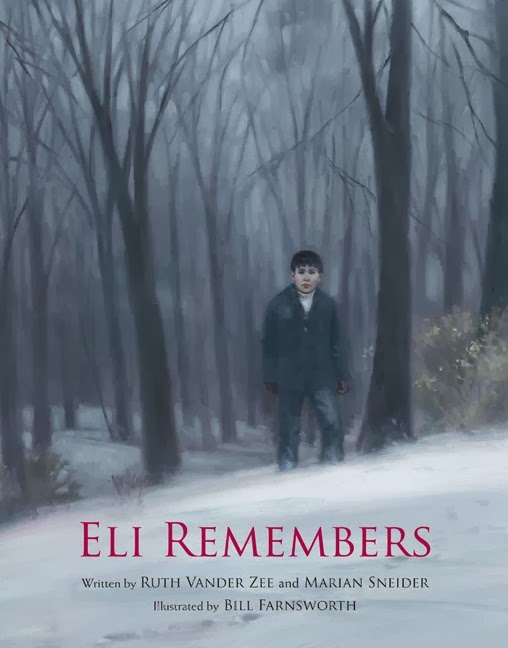 ELI REMEMBERS- Every time Eli celebrates Rosh Hashanah with his family, his parents and grandparents cry. He doesn't understand why until the family goes to Lithuania and visits the mass cremation site the Nazis used. There he learns that his great grandmother's family was killed at this site. Gorgeous story, but pretty intense. 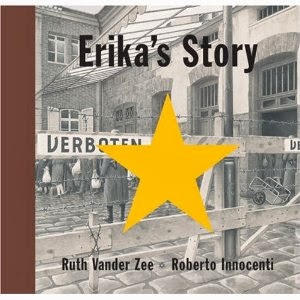 ERIKA'S STORY- The author is visiting Germany and meets a Jewish woman, born in 1944. While she was still a baby, her parents were loaded onto the rail cars to be shipped to a concentration camp. Her mother knew they were not going to a safe place, so while the train was enroute, she threw her baby from the train. A woman saw her, took her home, named her, and raised her. Another book about doing the right thing. 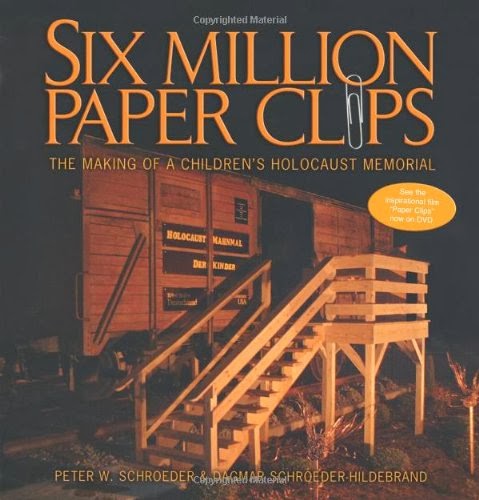 SIX MILLION PAPER CLIPS- Middle School in Whitwell, Tennessee started an after school class to teach about the Holocaust. In the class, they read that 6 million Jews were killed during the Holocaust. Someone also read that when the Nazis invaded Norway, and forced the Jews to wear yellow stars, the non-Jews didn’t like it, and started wearing paperclips in protest. The kids in the class decided to collect six million paperclips, then actually bought a German railcar and created a museum. Could use this to talk about theme of perseverance.

Still on my pile: A BAG OF MARBLES (this is a graphic novel), THE BUTTERFLY by Patricia Polacco, and THE YELLOW STAR by Carmen Agra Deedy.
Posted by Carol at 8:08 AM

Finally had time to read this, Carol. I don't know any but Number The Stars-I have too many I know that are for older students-must get busy to read a few of these. Thanks for the list!