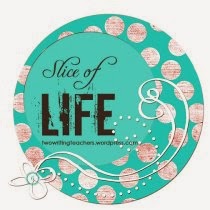 The texts come sometime during the morning.

"Can you send the extra key?"

The extra key happens to be in the side pocket of my purse. It's been there since I drove to Arizona a few weeks ago. I debated leaving it then, but Son #2 is the type of guy who NEVER loses his keys.

And gets annoyed when his mother (regularly) loses her keys.

I didn't think he would need the key and I thought it would be safer with me.

At lunchtime, I call him.

"How did you lock your keys in the car?"

"My lanyard broke. I didn't know the key wasn't on it."

I try to picture this scenario. Push away other scenarios that might involve illegal or unsafe activities which could also result in keys being left in cars. Decide that since it's 9:00 on Monday morning, the story is possibly (probably?) legit.

I sigh. Think about a day that is already going to end after six o'clock. And about the funds (or lack of funds) in my non-existent, end of month, two kids in college bank account. The key is definitely not going express mail this week.

"I can, but it will probably take a few days to get there."

The next text comes about three o'clock. I find it when I get done passing out the after school snacks for 75 children

"Have you mailed the key yet?"

At 6, I finish my last meeting of the day and dig through my purse to make sure the key is still there. It is and I walk out the back door, lugging my 25 pound computer bag,  with the assistant principal.  It's sleeting, one of those cold November rains that makes me think of chili or chicken noodle soup.

There is another text. I ignore it.

I get halfway to the car before I realize I am holding my son's keys in my hand. The keys that start my car are inside, on my desk, in the basement, inside the school, on the other side of the locked door.

Luckily, Vanessa is more than gracious. She has a key to the building and lets me back in, even waits with my purse and computer bag, while I trudge back downstairs to get my keys.

Fortunately, there is one post office that stays open late, maybe even until ten. And even more fortunately, it's not too far from my house. It's after rush hour, and traffic, which was probably bad earlier has died down.

Braving puddles and driving rain, not to mention a twenty-minute line at the post office,  I mail the key, My stomach growls and I remember that I only had time to eat half of the left over salad I took for lunch.

I call my son. He is in the cafeteria eating dinner.

"I mailed the key. It will be there on Wednesday."

I get home around 7:30. I am too tired for chili and settle for a Lean Cuisine. (Do all of those taste the same or is it just my imagination?)

A kid on my floor is a locksmith. He has all of his tools at school and he opened it for me."

"A kid on your floor is a locksmith?" This sounds a little unlikely.

"And he has all his tools at school?" A little more unlikely.

"Yeah, and he put this flat thing down the window." There is also an air pump involved in the story. I can't quite picture that. Again, I push away stories of illegal activities.

"The car was dead, but I jumped it and it's all good now."

"Yeah, because the key was in the ignition."

"The key was in the ignition? Was it running?"

"No. It was just in the ignition."

Again, I try hard not to picture all of the reasons the key might have been left in the ignition.

"OK, glad you got it solved. The extra key will be there on Wednesday. Put it somewhere safe, ok?"

Yep.  Just another day in the life of a long distance mother.

Each story makes me appreciate the love and patience with which you parent. Funny about the thoughts you had along the way - pushing aside the "exactly what is going on here" thoughts.

Oh the phone calls, the surprises, the imagination running wild. Glad it seemed all settled, & hope the key stays safe! My husband knew how to get into a car when the key was locked inside. He owned a car stereo/sound business & learned a lot of those "kinds" of skills during his years there. You push that blade down and pull the lock mechanism up, or something like that. I would laugh but sorry you were late, hungry & tired!

Oh my! What a good and caring Mom you are! It might be awhile before you hear this from Son#2 but I think this when I read your parenting adventures. God bless you!

ahhh yes...I wish you had a bowl of yummy chile or chicken noodle after that ordeal... Lean Cuisine does taste the same....lately, my attitude about hearing from JH has become, no news is good news. I'm glad he got that car opened, thank goodness for that friend with a convenient tool! xo

Long distance helps us think all is well in the world we are not in. I know this feeling too well. These times are just as trying as the high school years, but compounded by the distance. You are an amazing mom!

Mothering never stops. I love your weaving of emotions in with the descriptive action. Your thinking had me wondering.

I second the "God bless you." You amaze me. Your patience. Your storytelling. Your humor. I have to laugh a little, but feel your parenting pains! I'm so glad that you are willing to share these stories to remind us that THIS is real life. Again, God bless you Carol!