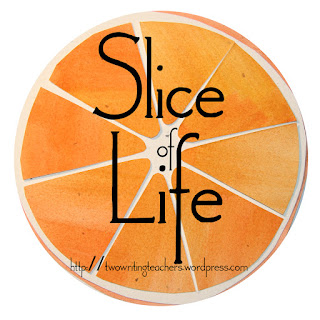 Last night I went to a gathering.

Not the kind of gathering you'd want to go to, though.

It was a gathering of urban high school kids. They were at a camp in the mountains. It was the last night of a week-long camp. This group of city kids had hiked and ridden horses. Had tug of wars and spent hours splashing in a gorgeous mountain pool. Met in small groups to talk about families and faith. Probably had the best week of their entire lives. 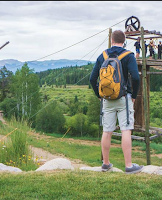 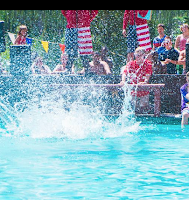 But then there was an accident. A member of their group made a poor choice. Snuck out of his cabin during the night, then fell and died.

And everyone is devastated. The adults, mostly in their twenties, responsible for the group. The kids. Their families. And of course, the young man's family.

I've supported this group for a long, long time, almost since I was in high school. I found out about the accident on Facebook in the morning, when someone asked for prayer. Later in the day, I learned that the kids and their families and members of the community were going to gather. I thought they might need extra adults to love on kids or wash dishes or just pray. I thought I might know some kids. I've taught in that neighborhood. I live about ten minutes from there. And so I went.

We gathered at a church in the heart of Denver. In an area that's gentrifying and doesn't quite know what it wants to be- homeless people sleep on the street in front of cutesy cupcake shops. Gang signs are spray painted on the wall of upscale breweries.

Staff members and volunteers from all over the city came. All of the leaders who had been in the mountains with the kids. A mama with a two-month-old baby in her arms. Middle school leaders just back from their own exhausting week at camp. Teachers from the school. Therapists and grief counselors. People like me.

And there was food. Lots of food. Boxes and boxes of pizza. Sub sandwiches. Chips. Pop.

There were kids. Lots of kids. Kids in every color of the rainbow. Freshman, with their child-like bodies. Seniors, with almost adult bodies, ready to launch and make their mark on the world. Carefully coiffed blonde heads side by side with dreds. Polo shirts. Jordans. Walmart leggings. Boxers hanging over the top of sagging sweats.

I did know one kid. A tiny wiry tenth grader with the same name as my older son approached. He had been in fourth grade at a school where I taught. We talked about his favorite fourth grade teacher, a dear friend of mine. The high school he attends. Some kids from my school who will be attending his high school. Then he drifted off into the crowd of kids.

The group leader spoke. A therapist talked about what kids and parents might expect. A teacher shared her memories. Two friends shared. The grieving mother spoke. Some people spoke Spanish. Some English. There was a translator.

There were tears. Lots of tears. But there was also love. A dad digging through pockets passing a rumpled tissue to his grieving son. An Anglo mom, with a kid, one white, one black, leaning on either shoulder. The wife of the group leader, probably not much more than a decade beyond her own teenage years, passing photos to the kids. Leaders, young adults, pushing their own grief aside to comfort kids. Kids hugging each other, sharing stories and pictures from their phones.

Afterwards, leaders kids went into a back room. They have been through a lot together. They needed to be a family.

This has been a week those kids and leaders will never forget. I know they will remember J. I know they will grieve for a long time. But hopefully, they will also remember the fun they had at camp and the messages that they heard. Hopefully they remember pizza and laughter and love and adults who cared. 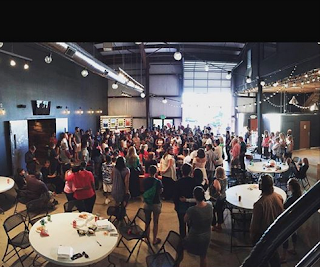 How breathtakingly sad that such a special experience turned so tragic. I'm glad you offered support by being part of the gathering.

Carol, glad you were able to be present for these young people and their leaders. So sad, my heart breaks for those who lost a dear son and a dear friend. It's never easy to show up at times like this, but it means so much to those who are grieving.

It's always healing to come together in a time of grief and find comfort in community. How sad, Carol, and what a loss.

Life changes in an instant. What a horrible tragedy for everyone. I, too, hope that the kids will remember the good from the week and the horror will guide them as they make decisions in their future.

What a terrible tragedy. Hopefully the love of family and friends and community will help everyone to heal. It is very important when child is lost for the parents to be able to draw strength from their friends and to know that the child will not be forgotten.

What a sad ending to what sounds like a wonderful week. I am glad that all were able to gather and express their grief and to celebrate J's life, too. It looks like quite a group showed up to provide support.

We have had our share of tragedy lately. The sharing, being together in a community, makes us stronger. There is hope in all of it.