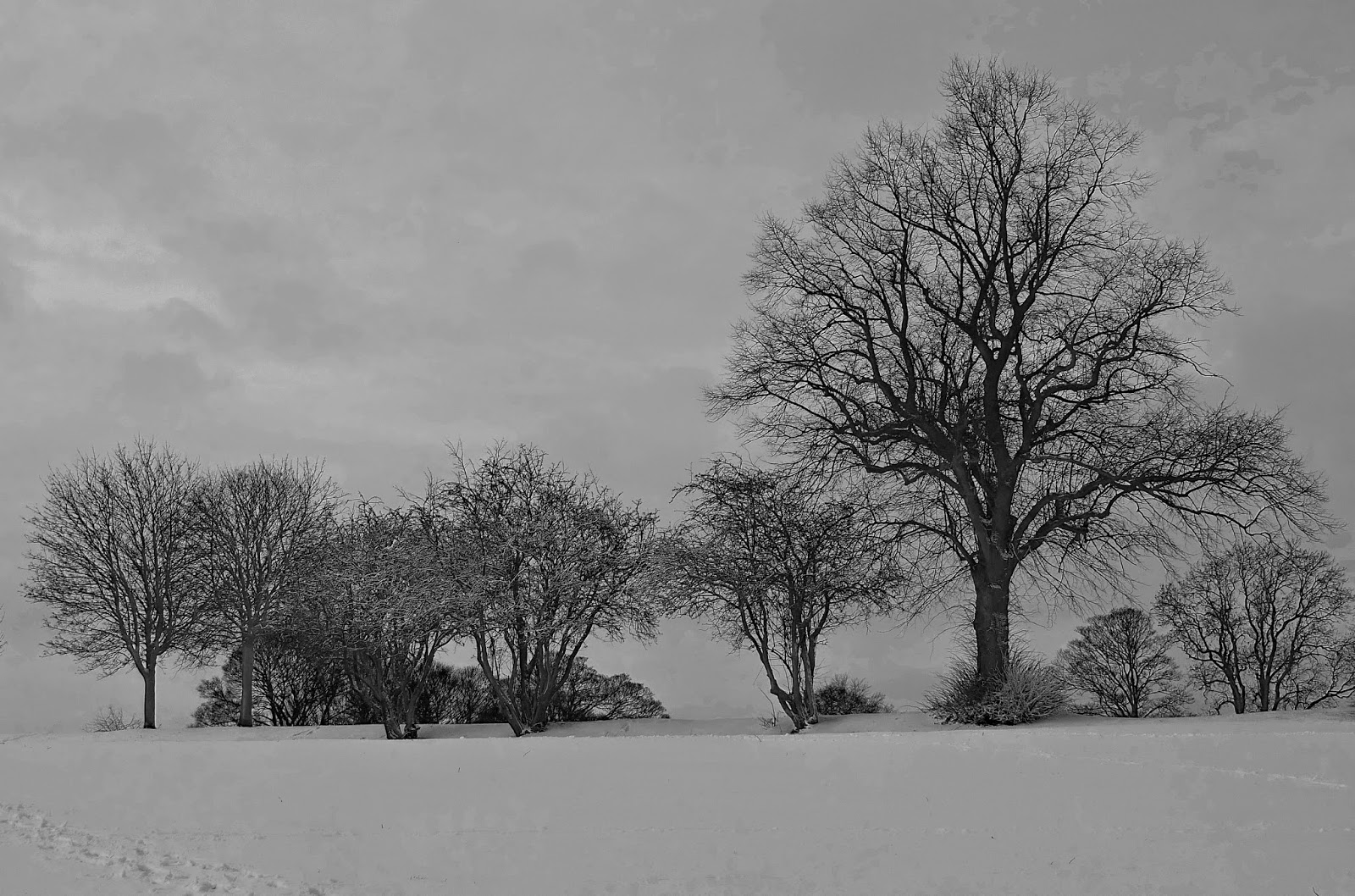 All last week, weather forecasters predicted a cold front. Temperatures were going to be in the twenties, they said. The weather at that point, however, was glorious-- temperatures in the mid-sixties, red/yellow/orange remnants of fall coloring the landscape, and it was hard to believe that winter was coming.

On Monday, winter hit with a vengeance. It was almost sixty degrees when I took the dogs outside at 8 a.m., then at ten, a wind came up, and by six o'clock the temperature had plummeted into the twenties. Which was warm, compared to -11, which was what it was when I went to work yesterday morning. I'm having a hard time making the adjustment, but, well,  Amy Gerstler describes the advent of winter much better than I ever could …

"A SEVERE LACK OF HOLIDAY SPIRIT"

I dread the white concussion
of winter. Each snowfall demands
panic, like a kidnapper's hand
clapped over my chapped mouth.
Ice forms everywhere, a plague of glass.
Christmas ornaments'
sickly tinkle makes my molars ache……

Meanwhile,
the mercury just plummets,
like a migrating duck blasted
out of the sky by some hunter
in a cap with fur earflaps.

Check out other Poetry Friday offerings at Keri Recommends.
Posted by Carol at 3:57 AM


-11 sounds rough, Carol. I can imagine that would be tough to convince yourself to walk out into.

That poem makes me feel relatively very merry! It reminds me of a video called "What is History For?" -- among other things, it mentions making you feel better about the present. I would think the same thing could be said about poetry, which can make you feel better about your own situation.

I didn't look for a poem this time, but this is indeed perfect, Carol. Argh-what a week we've had! Love "the white concussion of winter". Today, a heat wave! Above freezing!

Perfect description of the volatile clashing of fall and winter temperatures! A great share.

Carol, I hope this is a short adjustment and that temps will return to normal so you can enjoy a few more days of fall before winter settles in for the season. These lines describe my response exactly, "Each snowfall demands
panic, like a kidnapper's hand
clapped over my chapped mouth."
So glad I live where the panic comes infrequently.

Oh, my. That poem is quite the indictment of winter!

That Colorado weather -- fickle and changeable. But 50 degrees in a day seems to perhaps take the cake!!