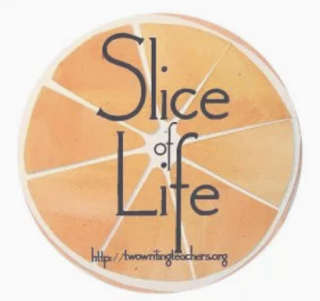 Tonight I'm thinking about feedback...
About a month ago, I decided that even though I have done reasonably well with Rooney, I just wasn't getting anywhere with Galaxy. He is awful on a leash. He zigs and zags and goes wherever he wants. He pulls my arm out of the socket. He barks and has tantrums when he sees other dogs, which occurs on a pretty regular basis in our neighborhood. It just isn't much fun to walk him.
And so I asked Izzy, a trainer who used to work at Canine Partners of the Rockies, if I could hire her to work with Galaxy. She agreed, and the three of us have been working together for about three weeks. We really don't do anything fancy- we go for walks, and she watches me handle him for awhile, and then she handles him, and I watch her, and then I take him back. Even though it doesn't seem like that big a deal, the changes in Galaxy been remarkable.
The suggestions Izzy has made haven't been huge. First, it was simply about getting his attention. Every time he gave me eye contact, I clicked and treated. Once he had that down, we upped the ante. Every time I said his name, and he gave me eye contact, I clicked and treated. And then every time he relaxed pressure on the leash and came back toward me, I clicked and treated. Today he was trotting alongside Izzy in an almost perfect heel. And she clicked and treated and clicked and treated and clicked and treated. And told him over and over and over again what a good boy he was. And his tail was wagging and he was just eating it up. And doing exactly what she wanted.
I was struck, as I watched her, by how she was shaping his behavior. The steps between behaviors were tiny and specific. There was lots and lots and lots and lots of positive feedback. Izzy never told Galaxy what he was doing wrong. She just told him again and again and again what he was doing right. And how wonderful he was. And the more she did that, the more he wanted to please her.
As I watched her, I kept thinking about my sixth graders. And about their writing. I wondered how Izzy's approach, lots of tiny steps and lots of positive feedback might work with them.
I think I will try it when we go back next Monday...
Posted by Carol at 9:05 PM

This sounds like magic. Let us know how it works with sixth graders!

I love your lens, Carol! Feedback is learning for sure and also compassion xox