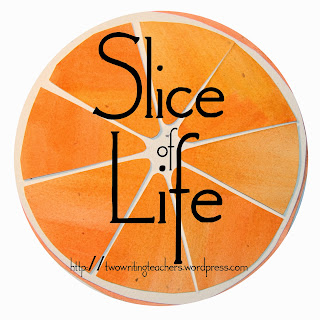 Today I took a puppy break.

Today I did puppies, pretty much all day.

The puppies arrived from California about ten days ago.

One of the puppies, Breck, is going to spend the next month or so in Salida, a mountain town about three hours southwest of Denver, with one of the CaPR board members.

CaPR needed someone to transport him to meet her in Fairplay, which is not quite two hours away.

And because I don't have a whole lot going on right now, I volunteered. A drive in the mountains would be nice. And it doesn't feel like I am violating any social distancing rules because I will spend two hours driving, get out of the car long enough to pass off the puppy, and then turn around and drive back.

Today Rooney and I picked Breck up in Boulder, where he has been staying with his brother, Frisco, since he arrived. I brought him, and his crate, and his harness, and his bag of food to my house. Tomorrow, I will drive him to Fairplay.

But this afternoon, he and Rooney played.

It was a nice change from thinking about Corona Virus.

And all of its short and long range implications.

Today I took a puppy break.
Posted by Carol at 8:30 PM

What a great way to spend the day! We all need to have breaks that make us laugh. I love the part where you wrote about having the two dogs in the house. It made me smile to think about.

What a great time! It made me smile too. I met my niece’s sweet dog today. The dog was waiting for someone to come by and rub her ears. My husband and I were happy to oblige.

THis sounds like a perfect way to spend a day. My kids have been wanting a dog, and we told them after spring break we'd get serious. But now? Do we get one now? I want one (and they do so badly), but my husband, who's not crazy about the idea to begin with, is taking a much more measured approach.

Sheer delight to read your post. Maybe we need dog owners to set up puppy therapy sessions outside. I'm a cat lover, but visited a friend recently whose dog won my heart. And Rooney's done the same!

This was just what I needed! I can't help but think that quarantine is a perfect time to get a dog as we have all this time to devote to its training! But I am trying to restrain myself. I can just imagine the joy of watching Rooney get to play all day with his new puppy friend.

PUPPIES! What a perfect day.💕