POEM #9- Found Poems from Dan Rather 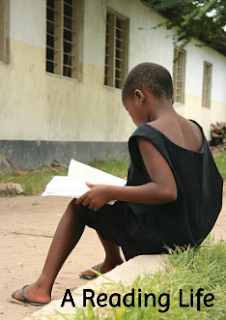 Since November, 2016, I have followed Dan Rather on Facebook. For me, he is a voice of reason in a world of crazy. Yesterday he had a post about libraries. In that post, I found a bunch of short poems.

Next to the Supreme Court
and facing the great dome
of the Capitol
the Library of Congress.
Three institutions
write
judge and
archive the words
and thoughts
that allow
our nation
to function.

Books,
challenge
our own biases
and learn beyond our level
of formal education.

These are qualities
that are needed now
more than ever.

The library
a reservoir
for capturing
the world’s knowledge
a beautiful temple
of learning.

the building inspired me
to dream of exploring a world
greater than the one I knew.

Our Founding Fathers
had sharp political differences,
but they were almost all
deep readers,
writers, and thinkers.
revered the power of the written word
and how it enabled a nation free
from the whims of a king.

"I recognize a quaintness in waxing nostalgic about libraries in an age when we have instantaneous access to more information than was contained in all the combined library collections of my youth. Still, libraries represent an aspirational notion of democracy. They were, and still are, civic institutions that welcome anyone who wishes to become a more informed and independent citizen. In books we can find expert and trustworthy scholarship on any subject imaginable. By reading books, we can continually challenge our own biases and learn beyond our level of formal education. These are qualities that are needed now more than ever...
If you travel to Washington, D.C., you can see our country’s debt to the power of books in the very heart of our federal city. Next to the Supreme Court and facing the great dome of the Capitol is the Library of Congress. I find the symbolism inspiring: three institutions that write, judge, and archive the words and thoughts that allow our nation to function. The Library of Congress was founded in 1800 with a modest mission, a reference resource for Congress. But that changed after the British burned Washington during the War of 1812 and the original collection was lost. In response, Thomas Jefferson offered to sell his own library to the U.S. government. His collection of books was considered one of the finest in the New World, containing thousands of volumes on almost every topic imaginable — not just law, statecraft, and history, but also the sciences, philosophy, and the arts. To those who argued that such a disparate set of works was unnecessary for a Library of Congress, Jefferson responded, “There is in fact no subject to which a member of Congress may not have occasion to refer.”
The library now had a bold new direction — a reservoir for capturing the world’s knowledge. This mission was enhanced greatly in 1870, when Congress stipulated that the library must receive two copies of every book, map, photograph, or other such work that was submitted for copyright in the United States. This caused the collection to expand exponentially, and the pace of growth continues at what is now the largest library in the world. The building on Capitol Hill — with a domed ceiling soaring 160 feet above its spectacular reading room — is itself a beautiful temple of learning. A guidebook from around the time the new building opened in 1897 celebrated Jefferson’s idea of an expansive collection and perfectly captures my feelings for this singular institution. “America is justly proud of this gorgeous and palatial monument to its National sympathy and appreciation of Literature, Science, and Art. It has been designed and executed entirely by American art and American labor [and is] a fitting tribute for the great thoughts of generations past, present, and to be.”
Growing up in a working-class Houston, I had never heard of the Library of Congress but my local branch of the Houston Public Library showed me that books were not only important, they were also objects of beauty. The stone building had high ceilings, big windows, and a red tile roof; its Italian-style architecture made the library seem worlds away from my hardscrabble neighborhood. I was pleased that it later became a recognized historic landmark. Even as a high school student, I would often prolong my walk home from school to go by the library. It may sound sappy, but the building inspired me to dream of exploring a world greater than the one I knew.
But while the library’s physical charm was impressive, it was what was inside that made it truly magical. I was a voracious reader and spent countless hours in what became a sort of second home. I was following, in my own small way, the path laid out by Jefferson, Carnegie, and all the others who believed in the power of books. And I had a wonderful guide, the librarian Jimmie May Hicks, who served at the Heights branch library from the year of my birth, 1931, until her death in 1964 — more than three decades of quiet but consequential service to her community and nation. Like all the best librarians, Ms. Hicks would suggest, question, and prod my reading into new and unexpected directions. The library now has a memorial plaque in her honor that reads, in part, She dedicated her life to her profession and sought always to impart to others joy in acquiring knowledge and pleasure in the art of reading. She was a true patriot...
Our nation was born in a spirit of fierce debate. Our Founding Fathers had sharp political differences, but they were almost all deep readers, writers, and thinkers. When they set about to create a modern republic, they went into their libraries and pulled out the works of philosophers such as John Locke and Thomas Hobbes. They consulted the Greeks, the Romans, the philosophers of Europe, and the Bible. They revered the power of the written word and how it enabled a nation free from the whims of a king. As John Adams wrote, a republic “is a government of laws, and not of men.” A government of laws is a government of reason, and a government of books. That was true at our founding, and we must ensure that it remains a hallmark of our future."
Libraries must be part of #WhatUnitesUs
Posted by Carol at 10:42 PM

As I head to my job as substitute librarian, I am inspired by you and Dan.
Thank you!

I love this so much. I watched Dan Rather on "Sixty Minutes" for many years, but after his fall from grace, I stopped following him much; however, I agree that he is a voice of reason. Reading your found poems, I thought about another library on Capital Hill: The Folger Shakespeare Library. It's across the street from the Library of Congress and shares a vault and underground tunnel w/ the LoC. You can see the Capital from the Folger, and the keepers of the library tell stories about famous politicians who have visited it. i doubt the current administration has even heard of it.