FIGHTING FIRE: TEN OF THE DEADLIEST FIRES IN AMERICA AND HOW WE FOUGHT THEM- Michael L. Cooper 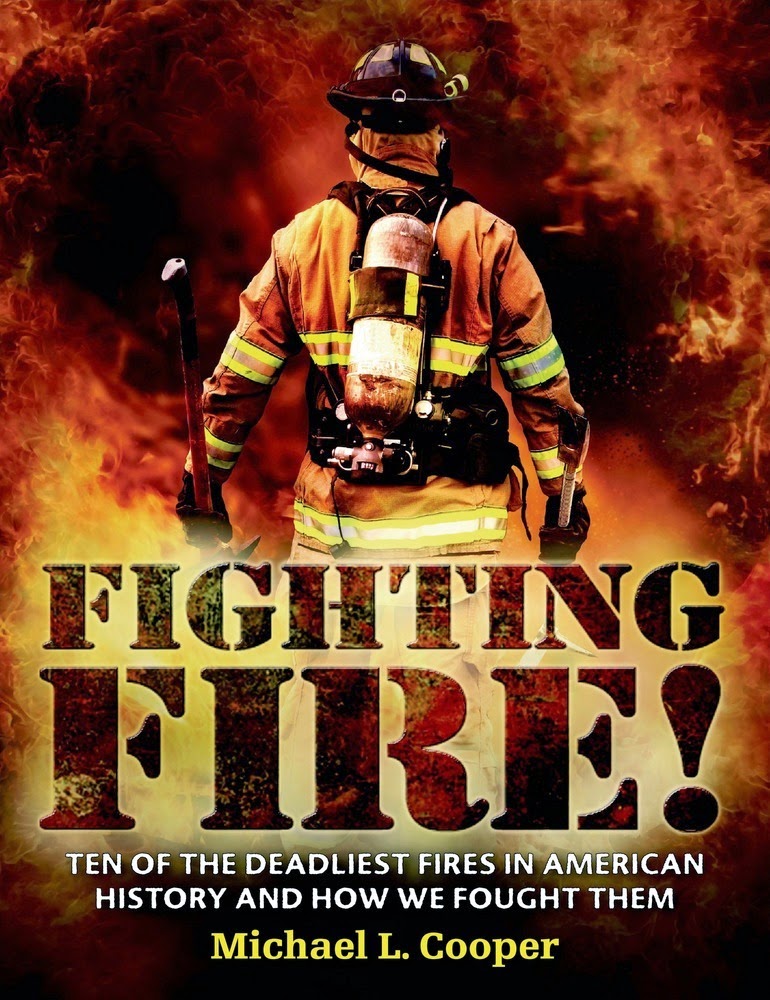 FIGHTING FIRE is a book for any wanna-be-fireman. The book, about ten chapters long, traces the history of firefighting in the United States by telling the stories of ten or so very large and famous fires. Chapters include Boston (1760), New York (December, 1835)- where subzero temperatures bitterly cold, water sources frozen eventually led to the construction of the Croton Water System, considered one of the greatest engineering feats of its day. Then there was Chicago (October, 1871)- did you know we celebrate Fire Prevention Week the same week as this famous fire and  Baltimore, where firefigthers discovered the need to standardize firefighting equipment when one department couldn't connect to another city's hydrants and sadly, the mayor of the city, under the tremendous, strain of rebuilding killed himself. There are also chapters about the San Francisco Fire and the San Diego wild fires in 2007.

Cooper also addresses other famous fires.  The Triangle Shirtwaist Fire, which led to the modern fire drill, the Coconut Grove Fire brought new rules about the flammability of decorations in public places, and also new ways of treating burn victims, and then a very sad and detailed chapter about the World Trade Center. Cooper integrates a ton of information and interviews, and cites jillions of sources in a way that that is interesting and engaging. For those of us who are working with kids on citing sources, this would be a terrific mentor text! Each chapter is accompanied by a myriad of black and white photographs.

Back matter includes photographs of fire engines through the ages, a list of related websites, fire museums to visit, a glossary, a bibliography, and an index.

I'm on the search for good n-f for one teacher, Carol, & this fits well. I think I'd enjoy it, too! I'll share with the librarians, see if we can't purchase it! Thanks, & Happy New Year!