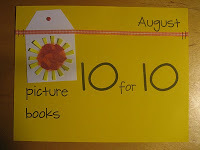 For about the past five years, I've participated in #pb 10 for 10, that lovely day in August when bloggers all over the world post ten favorite picture books. Mostly, I've done picture books for older kids. Today's list, though, is for the younger set. Those first few days of read aloud are so, so, so important. Many of the kids in the urban area where I teach come back to school not having read, or heard a book read aloud, all summer. Their reading/listening stamina is not very long. It's important then, to have lots of books that are short and sure to delight. Each of these can be read in about five minutes. 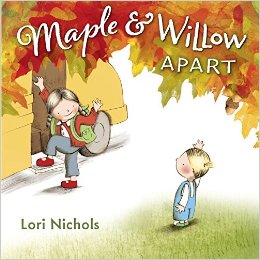 Maple goes to school. Willow stays home. At first, Maple loves school, but then Willow starts telling Maple about her new friend, Pip. The two new friends play school. They climb to Pip's tree house. They ride a giant snail. Maple becomes sadder and sadder about going to school and leaving Willow and her new friend, Pip behind. It's up to Willow to solve the problem. 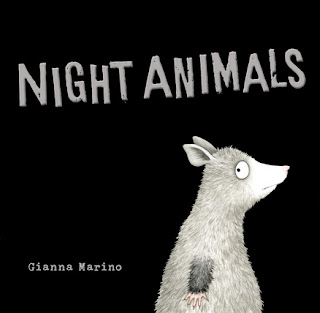 Night Animals- Gianna Marino
A cumulative tale that starts with Possum, who is absolutely sure that "Something is out there." Soon he is joined by Skunk, Wolf, and Bear, who are worried about the mysterious "something." They are all in for a surprise at the end! Eye-catching illustrations on a black background. 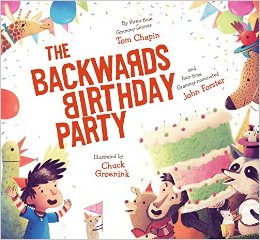 The Backwards Birthday Party- Tom Chapin
At the backwards
birthday party
The partyday birthwards back.
A little boy is greeted by guests saying goodbye, then he pushes them out the door saying hello. The ice cream is hot, the candles are not. Each guest receives a birthday present. At the end, the boy is one year younger than he was before. Fun! (In looking for the cover, I discovered this is actually a song, first published in 1994. Here is the Youtube version). 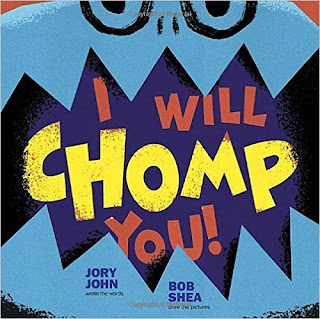 I Will Chomp You by Jory John  and Bob Shea
This book reminds me a little of the classic, There is a Monster at the End of this Book. A big, bossy blue monster warns other creatures, and his readers not to turn the pages! If they do, they will be chomped! 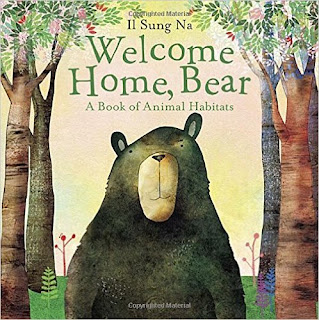 Welcome Home Bear- Il Sung Na
Every morning Bear wakes up in the same green forest under the same blue sky. One day he decides to find a new home and  travels to habitats all over the world, from the North Pole to the jungle. Each habitat has its own unique problem. At Polar Bear's house, his feet get too cold. He digs down to see Mole but it is stuffy underground and the dirt get in his nose. At Hippo's house, there is mud everywhere. You can probably guess where he ends up. 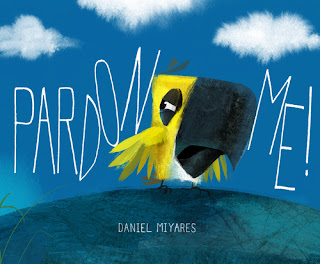 Pardon Me- Daniel Miyares
A small yellow bird sits on his perch in the middle of the water. Soon he is joined by a swan, a frog, a turtle. Each time a new animal comes, the phrase, "Pardon me…" is repeated. Finally Bird has had enough, and sends his companions away. Bird thinks he will finally have peace and quiet, but he and his readers are in for a big surprise! Pair this one with THIS IS NOT MY HAT! And don't miss FLOAT, a new wordless picture book by Miyares! 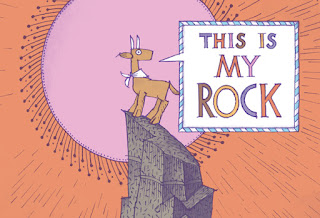 This is My Rock!
David Lucas
A little mountain goat is alone on top of a rock. When other mountain goats try to join him, he shoos them away. "This is my rock!" The same is true for an eagle and a bear.  By the end, though, the little goat discovers it is not so great to be hungry and cold and alone. 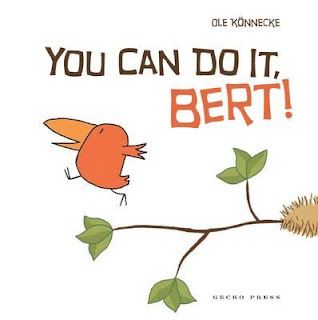 You Can Do It, Bert!- Ole Könne
It's Bert the Bird's big day and he is "well prepared mentally and physically."His friends encourage him, "You can do it." Readers think he's ready to fly but another surprise is in store. Great for initiating a conversation about encouraging others to try new things. 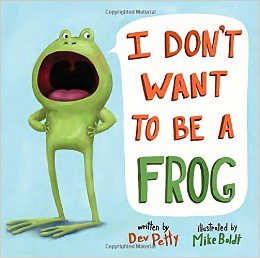 I Don't Want to Be a Frog- Dev Petty
Frog doesn't wants to be a bug-eating frog. He'd much rather be a cat, or a rabbit, or a pig
Owl and wolf tell him why he can't be. Great for teaching cartoon bubbles
Fun to read with a friend or two. 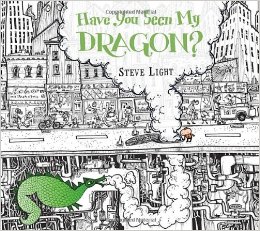 Have You Seen my Dragon? by Steve Light
In this counting book, that goes from 1-20, a little boy is looking for his dragon. Everything in these intricately detailed illustrations is black and white, except for the little boy, the dragon, and the object being counted- One dragon, 2 hot dogs, 3 buses, etc. Read this one aloud, then put it in a math station for the kids to count again and again.

Wow, Carol! So many new titles that I need to check out!

Short and sweet are hard to beat! These look great! Now I must locate them. Thanks Carol!

ooh, have you seen my dragon is soooo fun! and the maple and willow series is adorable. and i don't want to be a frog is terrific! great list.

How can this be? EVERY single book on your list is new to me!!! Break out the library card!!

Finally reading some of the lists, Carol. Some on yours are already favorites, like Night Animals, but others I will look for, like "I Will Chomp You" and "You Can Do It Bert". I loved Welcome Home, Bear!