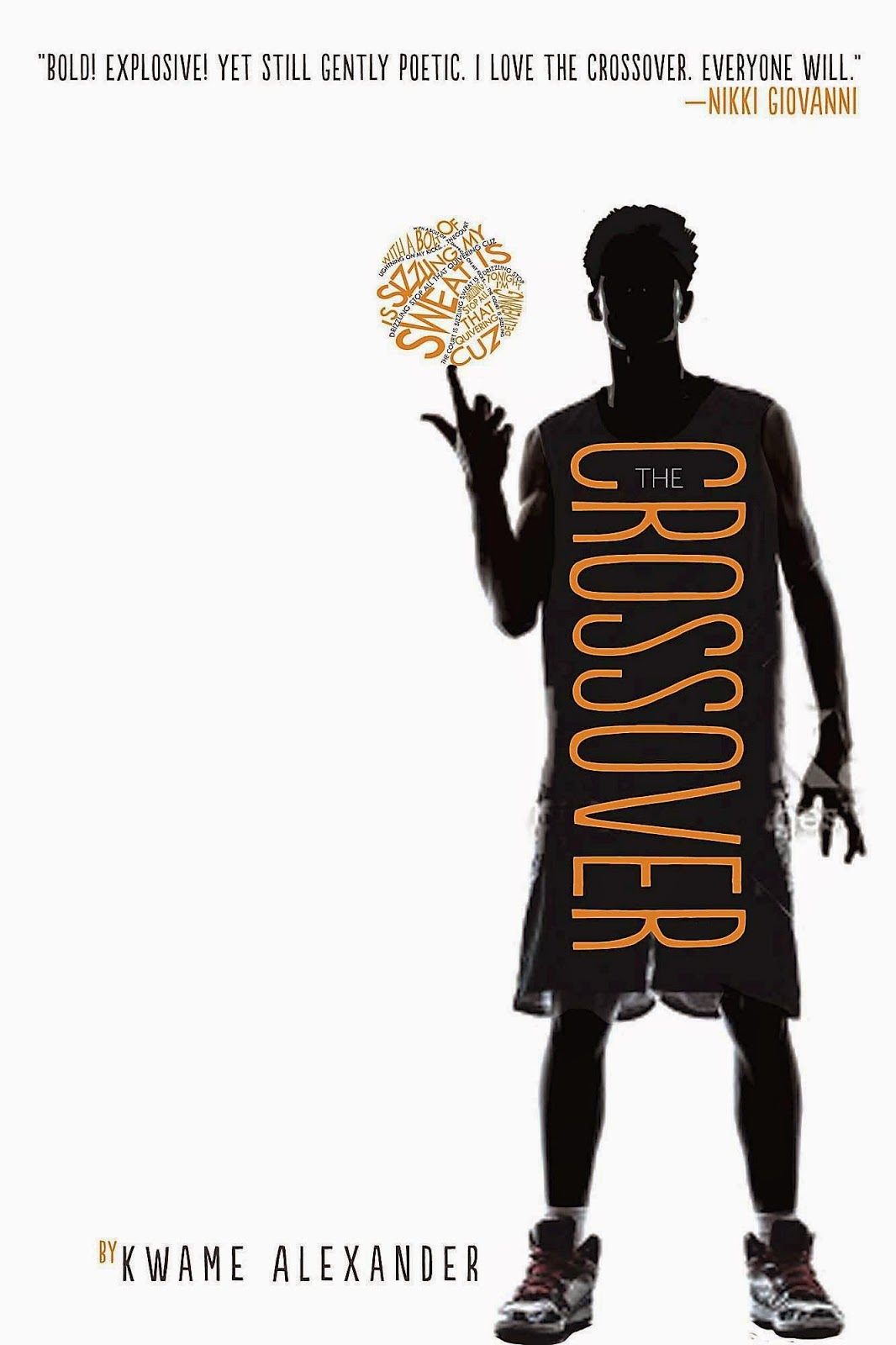 All I can say about CROSSOVER, by Kwame Alexander, is man, oh man, do I wish I had had this book a few years ago, when my boys were in middle school. CROSSOVER is a novel in verse, the story of two basketball playing brothers, twins, Josh and Jordan. Their dad is Chuck, (Da Man) Bell, a former European league champion. Their mom is the assistant principal at the school the boys attend.

The novel follows the boys through a basketball season and through a season of life in the family. When the book opens, the boys and their dad are serious, super serious, about basketball. But then Jordan finds a girlfriend and his focus changes. Josh is a little hurt that Jordan isn't spending as much time with him, and that comes out in lots of "brotherly angerish ways." (We have lived this story at our house!)

Kids from fifth grade all the way through middle school are going to love the rap-type poems. Can't wait to pass it off to some of my middle school, "I don't read" guys! Perfect! 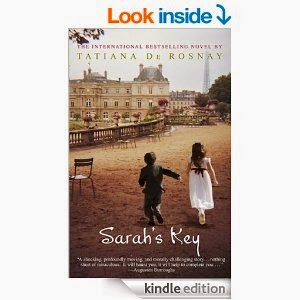 In the car, I've been listening to SARAH'S KEY by Tatiana De Rosnay, which I thought was fairly new, until I went to look for a cover for this review, then I discovered it's been out quite a while, so long, in fact, that it is already a movie. SARAH'S KEY is a Holocaust novel,  about the Vel d'Hiv Roundup, in which thousands of Jewish families were arrested, held at the Vélodrome d'Hiver outside the city, then transported to Auschwitz. The story is told in alternating chapters- one featuring Sarah Starzynski, a Polish girl living in Paris, whose family is part of the roundup, and the other about Julia Jarmond, an American journalist, married to a Frenchman, and assigned to cover the sixtieth anniversary of the roundup.  Julia discovers that her life and Sarah's are linked through a tragic secret. This is another sad, sad part of the Holocaust that I knew nothing about. The audiobook is really well done.
Posted by Carol at 5:31 AM

We read this book a few years ago in book club and most of us decided not to see the movie. We weren't sure if we wanted to see the story portrayed on screen.

Sarah's Key is such a great book!