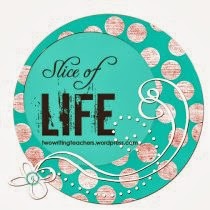 Son #2 is my independent child.

Never has needed me.

I am surprised, then, when the phone call comes about two o'clock on Sunday afternoon, just as I am heading out the door to mow the lawn. Son #2 is in Phoenix, coming home for an appointment.

"Where do you park?" I repeat, kind of stupidly."Where are you now?"

"I pulled over in the cell phone lot. But I don't know where to park."

I really don't know either, where to park at the Phoenix airport.  I have been at that airport lots in the last year or so, but the only place I have ever parked is in the rental car lot. I grab my computer. Google Phoenix airport. Scan a parking map.

"Do you see where it says 'East Economy?'"

"Ummm, yeah, OK, I got it." He hangs up before I can read him the rest of the directions about riding the Sky Train to Terminal Four.

The next call comes about ten minutes later. "Ok, now what do I do with ticket?"

I am surprised he already has his ticket. It doesn't seem like he has been at the airport long enough.

"The ticket? You show it when you go through Security."

"Noooo." I can hear exasperation in his voice. "Not the plane ticket. The parking ticket. Do I put it in the car or do I put it in my wallet?"

Again, I am at a loss. "Look on the ticket. What does it say? Does it say it needs to be on the dash?"

"Ok, well then put it in your wallet. I always write where I parked on the back of it."

"Where you parked?" he questions.

"Yeah. Do you see a sign with the row number?"

"Why would I write the row number?" says my ever practical, oh-so-linear child. "I can remember that." And he hangs up.

"How do I get to the airport?"

Luckily, I still have my computer open. "You ride the Sky Train. It comes every three minutes."

"OK." He hangs up before I can read the part about getting off at Terminal Four.

I am not surprised, then, when the phone rings again about five minutes later.

And I have pretty much given up mowing the lawn by the time the next call comes. "Ok, I'm at the terminal. Now where do I go?"

I explain that he can either check in downstairs at the airlines or at a kiosk, right by Security.

This time he doesn't bother to hang up. "Stay on the phone," he orders. "I want to make sure I've got this."

I am prepared for problems. Because I adopted my guys when they were seven and nine, we hyphenated their last name, using the name they had grown up with first, then my name. Depending on the computer, or computer operator, that little tiny line, causes endless problems at banks, and schools, and airports.

And as per usual, the hyphen causes problems today. The first time, my guy types in his name, it doesn't go through. He sounds a little stressed. "What if I don't have a ticket?"

"OK, I'm going through Security." He hangs up before I can tell him not to leave his iPad.

This time it is fifteen minutes before the phone rings again.

"Do you have your iPad?"

He is more than a little irritated at my stupid question. "Of course I have my iPad. Do you think I would leave it there?" I restrain myself from reminding him about a January trip to the airport for his brother's computer, which had been left in security.

"Now I just go to the gate, right? Do I have time to get something to eat first?"

I assure him that with over an hour left, he has plenty of time to get something to eat. My sons have an uncanny ability to find food wherever we are and it seems like the process will be relatively straightforward.

"No. Just wait until I get on the plane, ok? When I am flying you can mow the lawn."

I hang up the phone and putter around the house for the next hour. No more calls come until he is boarding and he needs to know what zone he is in. There is no zone on his ticket he tells me.

"Move your thumb, sweetie. It's at the bottom, right in the middle."

"Have a good trip, bud, see you in a couple of hours. Love you."

I hang up the phone for the 57th time.

And onder why my son, who has flown many times in the last ten years,
doesn't know how to find his way around an airport.
Realize that this is the first time he has ever flown without some adult- me, a teacher, a coach- in charge of logistics.

And understand that my 6'5", 230 pound
man-child
was probably scared.

And needed his mama.

Carol,
I loved your post with powerful, revealing dialogue. Your revealed your relationship, your great use of technology and your sweet ending. Love of a son, even when he's "grown up"
Bonnie

Size and age does not matter when navigating the world on your own. It is comforting to have someone to turn to for the answers. You were the On-Star button that day. Well done mom!

You just never know when they will call. This is both funny and poignant, Carol. I agree with Bonnie, it reveals so much about your bond, no matter what they say, still needing Mom to hold their hand. Thanks for sharing the details-made it much more enjoyable!

I absolutely love the way you ended this post. Even the most grown-up, independent people need their mama's sometime. Glad you had your moment. I hope the rest of the trip went well for him!

Give that man-child a big hug, whether he wants it or not!

You're one GREAT mama, and don't you forget it!!

This reminds me of a time when I talked my daughter through pumping gas over the phone. I was four hours away and she beyond empty! Isn't it nice to feel needed even when they are older!

So patient, Carol - and always with the right answer and attitude. AND you you got the lawn done! Bravo!

The way you weave your stories is so artful. He is telling you how much you mean to him, his mama who is always there. Your storytelling always leads deep into the heart of love.

This is just wonderful! I loved the humor in the piece with the never-ending phone calls. And I love how you responded so patiently each and every time. But mostly I love the ending.... I got goosebumps. He DID need his mama. :)

Love, love, love, these stories of you and your sons.

He's still your youngest, in a grown-up's body. You were patient and helpful, and he will always remember this day with love. Even if you did think he would leave his iPad :) LOL

This post warms my heart. Your conversations enhanced your feelings. Independent yet dependent on a mother's love.