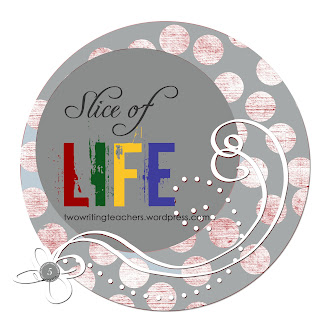 Today I took a cooking class. A fish and seafood class to be precise.  I learned how to cook five different dishes, including sautéed tilapia with citrus-mustard sauce and roasted pecans, oven roasted salmon with miso glaze, grilled mako with tamarind vinaigrette, nut-crusted mahi mahi with browned butter, and jamaican jerk shrimp with minted barbados flambé.

People who know me well would be a little surprised that I took the class.  I am famous for my pan-burned spaghetti sauce.  During football season, Son #2 suggested that we ask one of the other player's moms, who is a really good cook, to cater food in for us every night. (If I was rich, I so would have considered it).  I would much rather eat at a restaurant than cook. I am not, and probably never will be, the kind of gal that flames shrimp at my dining room table.

But my book club decided several months ago that we needed to take a cooking class. So while they were cooking away, I was thinking about how much Chef Dan knew about teaching, starting with the structure of the class. He started with an introduction, kind of a mini-lesson, then went to a workshop, where everyone was cooking, then ended with a wrap up.

Here are some other things Chef Dan knew about teaching:

Even though I don't like to cook, I had a really nice morning.  Chef Dan made me feel like I truly was a member of the fish cooking club, like I could easily make one of these dishes at home, and it would taste ok. I hope my fourth graders have that same feeling every day.

Wow. You took a lot of information from your class...and you might even be able to cook a fish dish! Thank you for some important reminders about learning. My favorite is having the established rules and routines. I often forget that my students don't know everything that I know about HOW to do certain tasks.

I'm now very hungry! I had to giggle at how your teaching brain took in the scene but I also found it very helpful to reflect upon. I wonder if Chef Dan knows that he does all these wonderful things?

Well said! You taught me a lot about cooking fish and writing. That was really interesting, too.

This is just terrific, Carol. You made me want to take the class, you used asides for humor, and you connected it to teaching/reading. I can see you were not only focused on learning yourself, but how the class was handled as a whole, like yours. Thanks for a treat of reading!

Linda-
We went to THE SEASONED CHEF at 999 Jasmine, I have never done anything like that, but I thought it was great. Think I could make any of the recipes at home and I really am a bad cook. If it wasn't so expensive ($90) I would love to do some of his other ones.